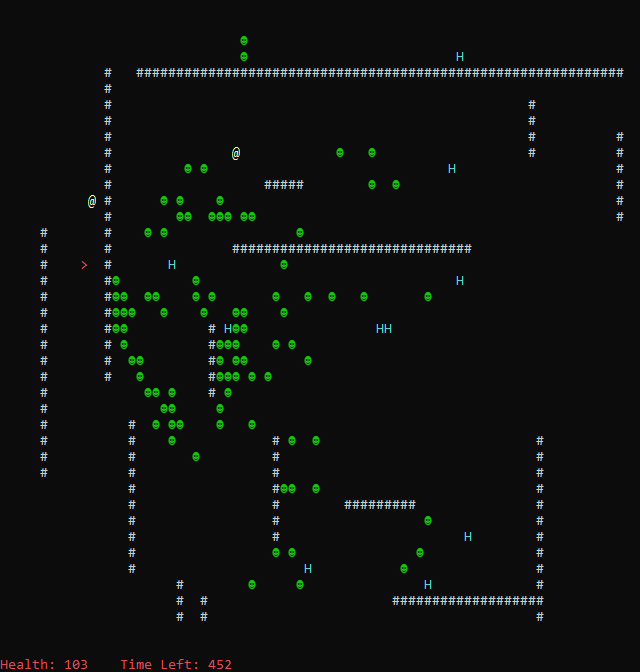 This is another university teaching project like Donkey Kong ASCII.

Where did the "Suvival Edition" part come from you ask? Good question. As I was developing the game, I had the food generation and health depletion parts of the game working. I think went to implement the enemy generation and movement functionality. I'd run the game and then go find a corner to hide in while I watched the enemies spawn and move around to make sure they were working correctly. Every once in a while I'd dart out to get some food so I wouldn't die and could watch enemies spawn and move longer. I ended up starting to have fun trying to get the food and see how long I could last even though I knew there was no way I could ever defeat all the enemies, since I had implemented a way to stop enemies from spawning. Since I was having some fun with it, I decided to just leave the game as is. I did decide to implement a timer so that there was technically a way to end the game successfully. I don't think I've ever lasted long enough for the timer to run out, and I don't remember how I implemented the end. Maybe some time I'll have to sit down and actually beat the game so I can find out. Or just look at the source code...