Well, I wanted to release a final version of Mario TD, but it's been long enough that I figured I'd better release what I have so far.  There are quite a few changes since the last version I posted.  I'm probably missing some features but here are at least a few of the things that have changed:

Like I said, I probably forgot something, but that at least gives you an idea why I haven't posted a new version sooner.  There are still a few things I want to tweak on this version before it's "finished", but they're not things that will change the actual game too much (unless of course I get a lot of feedback from this version about things I need to change).  So hopefully I'll be able to release a 1.0 version soon.  We'll see though.  But enough talk, here's the download link:

I of course have to put in some screenshots too 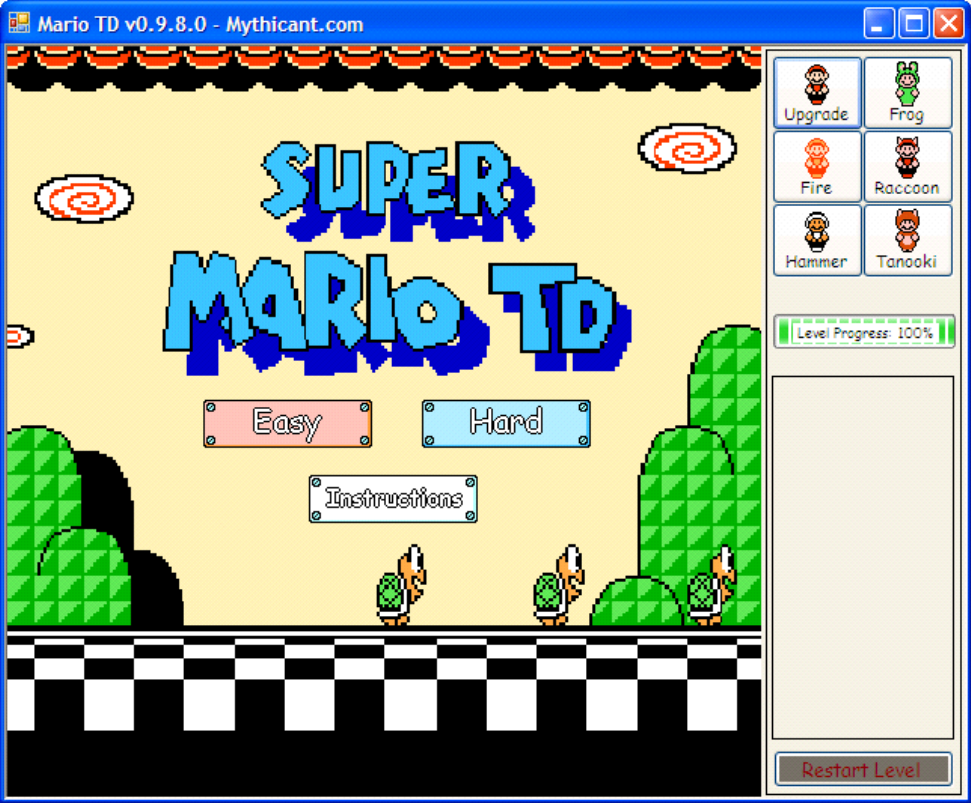 You can see the startup screen looks a little different now.  You can pick the difficulty and show the instructions.  Sorry these screen shots don't look as cool as the others.  I'm taking the screen shots on my XP machine instead of my Vista machine, so things don't look quite as cool 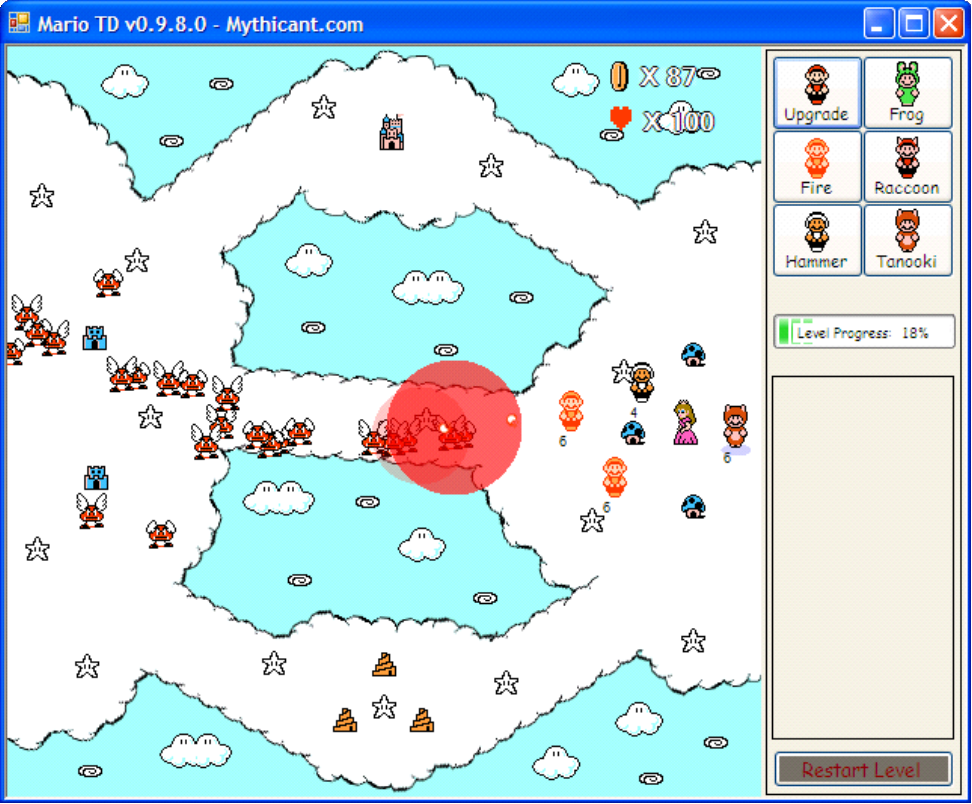 This is one of the new levels.  There are two other new levels too.

As always, let me know if you have any feedback or suggestions.

P.S.  As more evidence that my blogging software is rubbish, it's been putting large spaces on the first post it displays making people have to scroll a lot before actually being able to read anything.  I'm going to see what I can do to get rid of it, but sorry for all the time it was there.  Needless to say, I'm going to get rid of my current blogging software as soon as I can.