Version 0.9.0 is finally here!  With this version the game is almost feature complete.  There are just one or two things left to add.  Then the only thing left will be to add sound and music to all the levels as well as create some new levels.  Rebecca is working on that, so hopefully it won't be too long before the game is finally done.

This version brings a lot of minor changes.  The most noticeable change is the addition of a startup screen and screens to tell you when you've won or lost (all of which will probably get replaced or changed at some point).  A very handy and related change allows you to replay a level with the same number of coins and life as when you originally got there.  A few of the other minor changes you'll notice include a new enemy type (only on the last level at the moment) and a redesign of some of the existing levels.  The original versions of some of the first couple of levels were pretty basic.  Now they look at least a little more respectable.  The majority of the other changes were minor bug fixes and such.

The requirements and "installation" procedure are still the same as previous versions.

And of course the obligatory screen shot.  That's a pretty snazzy startup screen, isn't it? 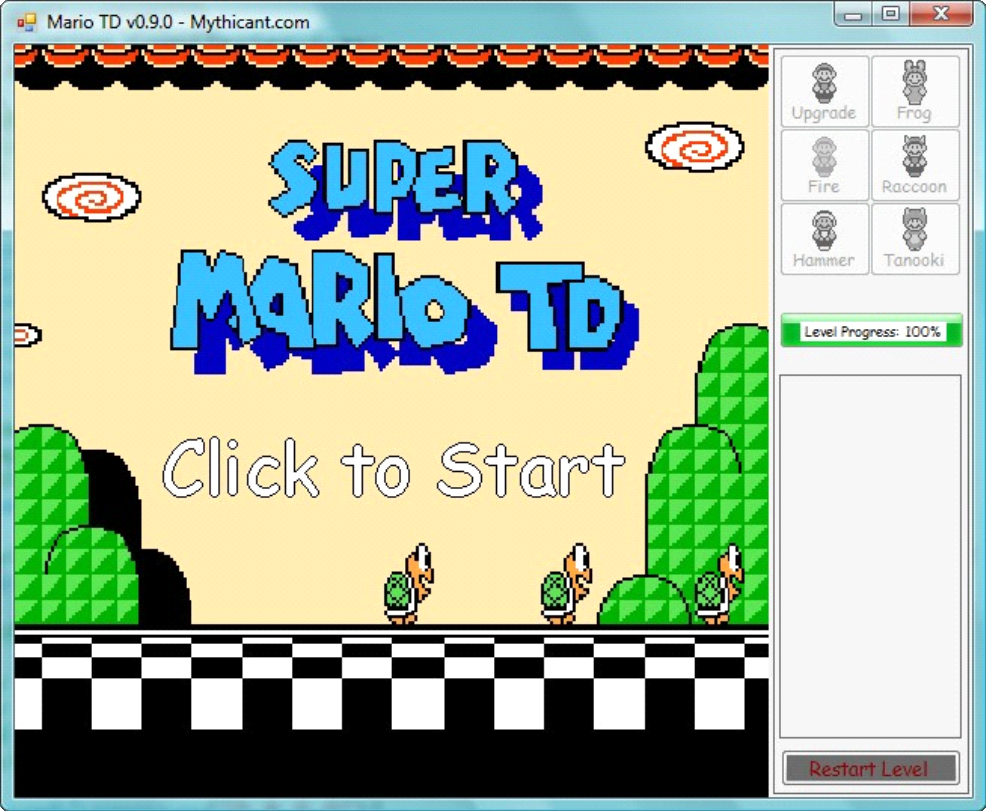