So here's my original ASCII game.  The one that started the whole ASCII-mania.  Okay.  Mania's probably too strong of a word, but you know what I mean.  Anyway, I didn't post this one sooner because in its original version it would only play one level.  I wanted to make it play multiple levels.  It actually looks for all the levels in the same directory as the executable when the program starts up, so you could add more later.  My favorite is the last one.  I know that they're all beatable.  I hope they're not too hard.  I also hope that they're not too easy.  Oh, yeah.  In case you couldn't figure it out the point of each level is to get to Donkey Kong without getting hit by a barrel.

As always, you need the .NET Framework 2.0 installed.  To run it you simply need to unzip the files and put them all somewhere. 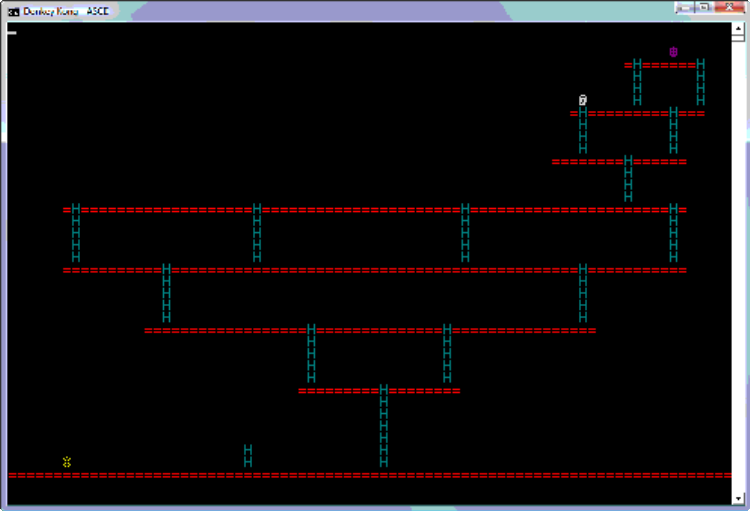 P.S.  I'm working on an update to Mario TD.  I have some changes done, but not as many as I want.  I'm in the midst of grading right now, so the update might have to wait until after next week when my grades are due.  But I'll get it out as soon as I can.